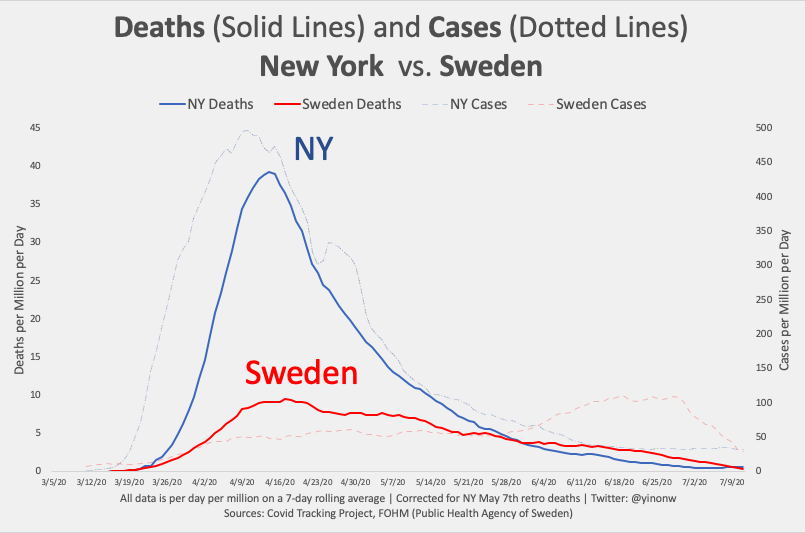 New data from Europe suggest Sweden’s laissez-faire approach to the pandemic was far from catastrophic.

The lede:  For nearly a year, Sweden was at the forefront of the debate over how governments should respond to the coronavirus.

Reports last April showed that despite widespread criticism for not embracing a full government lockdown, COVID-19 had reached what Tegnell described as a “plateau” in Sweden.

“If Tegnell’s characterization turns out to be true, it will be quite a vindication for Sweden, which has been widely denounced for bucking the trend among governments of imposing draconian ‘shelter-at-home’ decrees that have crippled the world economy and thrown millions out of work,” Bloomberg reported.

Months later, data showed that Sweden had successfully “flattened the curve” in contrast to many other global hot spots.

Read the whole thing:  Sweden Saw Lower Mortality Rate Than Most of Europe in 2020, Despite No Lockdown – Foundation for Economic Education (fee.org)