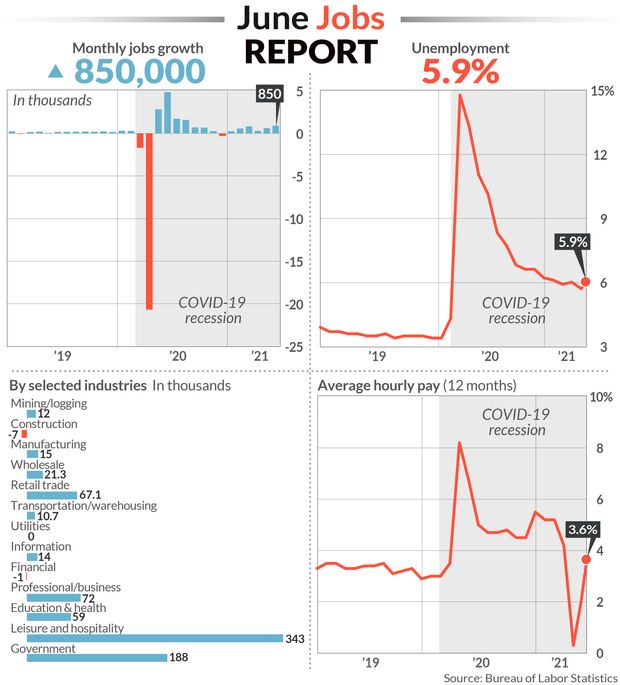 The numbers:  The U.S. created a robust 850,000 new jobs in June as the economy perked up and companies rushed to add more workers, but at the current pace of hiring it’s likely to take more than a year before employment returns to pre-Covid levels.

Most of the new jobs were clustered in service-oriented positions at restaurants, hotels, retailers and the like.

Government payrolls also rose by 188,000, but that was largely the result of pandemic-related effects on education and should be discounted, economists say. If those jobs are set aside, the job gains in June were a bit less impressive.

The labor-force participation rate, reflecting the share of able-bodied people 16 or older who were in the labor force, stood at 61.6% in June —the same as it was last October.

Many companies say they are offering higher pay to attract workers, but the pandemic has skewed the government’s statistics and it’s still unclear how rapidly wages are going up.  Economists say it will be awhile until the wage numbers become reliable again and they can figure out what it really going on.

More here from MarketWatch.com:  U.S. gains 850,000 new jobs in June in sign of strength for the economy – MarketWatch