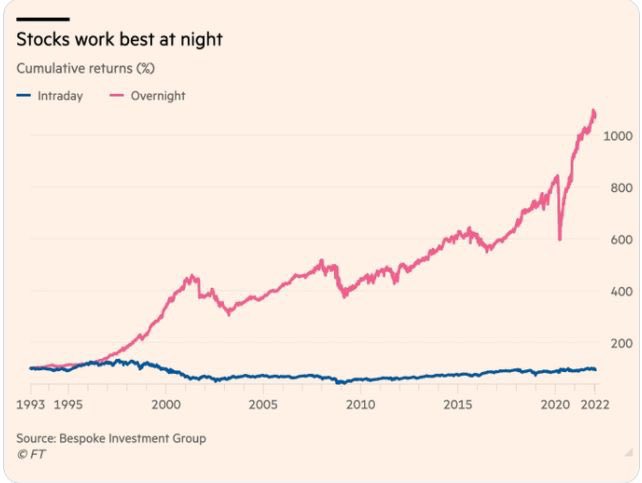 Helluva strategy:  The “buy the close, sell the open” strategy is now up nearly 1100% since 1993, while the “buy the open, sell the close” strategy” is still negative.  Hat tip Steve Burns/@SJosephBurns 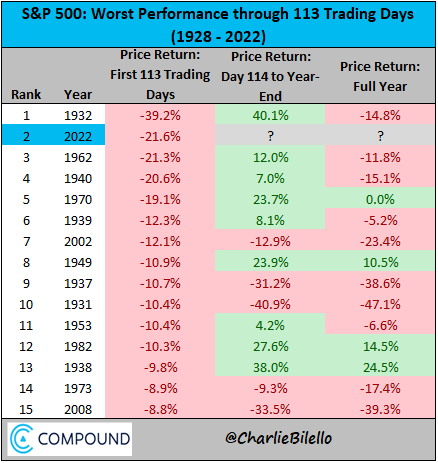 The 21.6% decline during the first 113 trading days of 2022 is the second worst start to a year in history.   Yes, it’s been ugly. Hat tip Charlie Bilello/@charliebilello

Some color from Ryan Detrick:  History was made this week. For only the 5th time ever, the S&P 500 gained at least 1% for 4 consecutive days. This rare occurrence is also quite bullish, as a year later it has been up more than 20% every single time with an average...
« Older Entries