Courtesy of Bloomberg, the following concise overview dropped into my inbox this morning and provided some perspective after the recent and ongoing market melt up.

The Santa rally may not come to town. Many investors are primed for a year-end gain in risk assets, courtesy of a vaccine and possible stimulus breakthrough. But a number of warning signs are flashing. Check out the charts throwing cold water on the run. 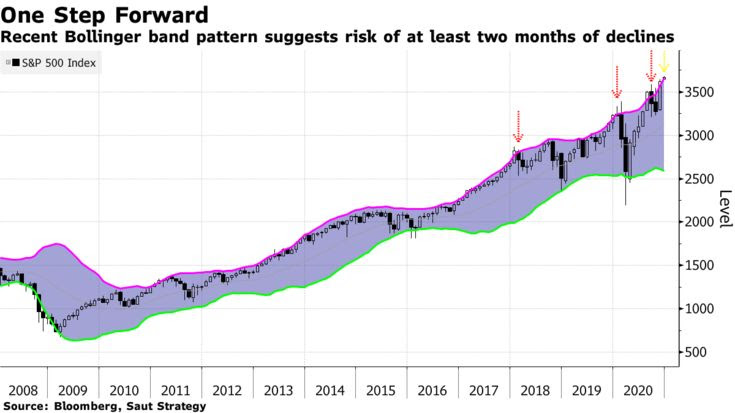